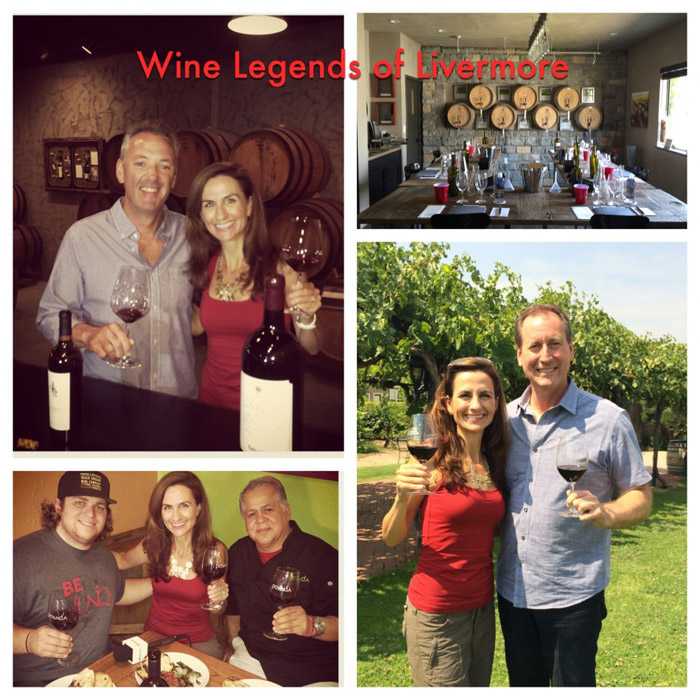 In this video, Wine Oh TV’s Monique Soltani travels to Livermore Valley Wine Country where she interviews the wine legends of Livermore. Monique takes a trip back in time with one of America’s oldest winemaking families. Sixth generation winemaker Steven Kent Mirassou could make wine anywhere in the world, but he chose the Livermore Valley for his namesakeSteven Kent Winery.

Then, it’s a family of firsts. Concannon Vineyardhas long since been associated as the first family to put Petite Sirah (1961) in a bottle. But, did you know the Concannon Cabernet Sauvignon clone is one of the most widely planted cab clones in California? Monique talks with John Concannon who tells us why divine intervention could have brought the Concannon family to Livermore back in the 1800′s.

The first family of Chardonnay shares a sip with Monique Soltani. Monique chats with Carolyn and Karl Wente about the historical significance of the Wente Clone, five generations of winemaking, and shows us how you can play the part of winemaker anytime you want at the all new Winemakers Studio at Wente Vineyards.

After that, it’s time to wine and dine with Livermore’s youngest commercial winemaker at Livermore’s hottest new restaurant. Monique Soltani pulls up a seat with Nottingham Cellars, Collin Cranor and Posada Restaurant‘s Chef Eduardo Posada for a sizzling food and wine pairing.

View the video on WineOh TV.